East Devon re-elects Paul Arnott as leader of the council 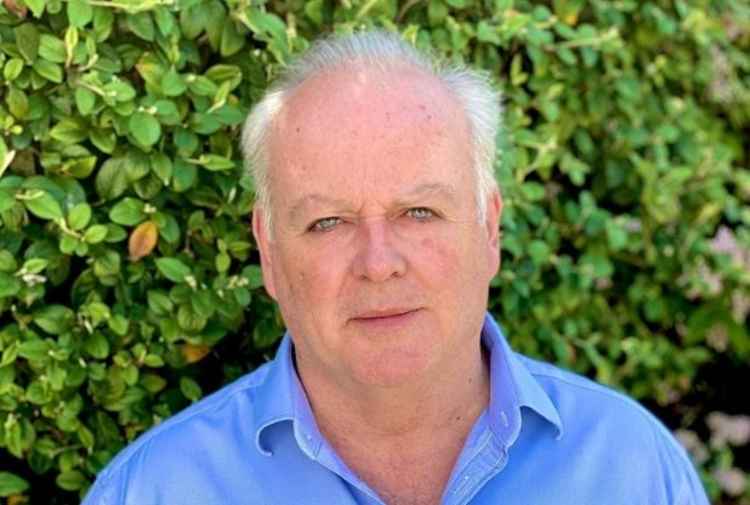 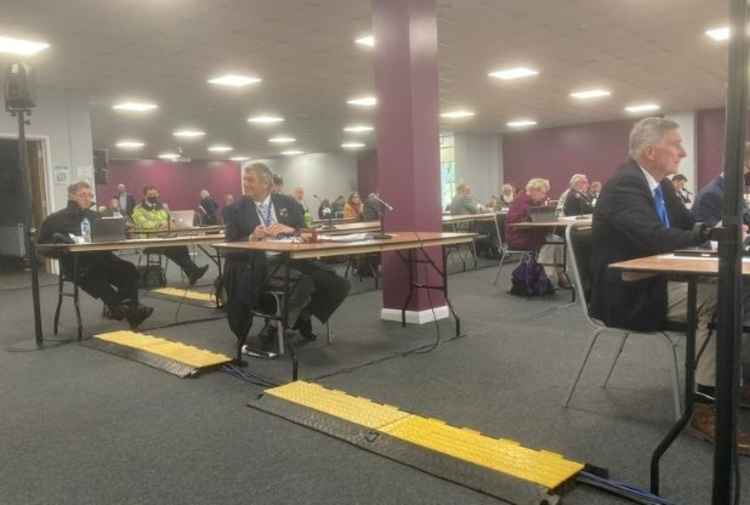 Inside the East Devon District Council meeting at Westpoint

East Devon District Council has re-elected the man 'who has steered them through choppy waters' back to his role as leader.

Cllr Paul Arnott, from the East Devon Alliance, who first took on the role in May 2020, was once again voted in to the position at Tuesday's annual council meeting.

He won by 29 votes to 21 over Conservative candidate, Cllr Colin Brown.

The meeting was held in-person at Westpoint, due to social distancing guidance meaning it could not be held at Blackdown House, and lasted just 46 minutes as councillors sped through the ceremonial business of the meeting.

Cllr Arnott, who leads the council, which is run by a coalition of the East Devon Alliance, Liberal Democrats, Greens and some Independents, beat the Conservative candidate in a vote for the leadership, although the margin was tighter than in May 2020 when a similar election occurred.

Nominating him to continue in the role, Cllr Eileen Wragg said: "It is with pleasure and pride that I nominate Cllr Paul Arnott for the next year.

"The past year has been uniquely challenging to adapt to new systems and ways of working and continue with projects started by previous administrations like Queen's Drive and Cranbrook.

"Bold decisions have been made like withdrawal from the GESP and granting consent for the Lower Otter Restoration Project.

"Under Cllr Arnott, huge strides forward have been made, with a willingness to listen and engage, and relationships have improved. He has steered the council through choppy waters with his hand at the helm.

"I hope you support the nomination and we will work together for the people of East Devon and our outstanding environment and put it ahead of political differences. We are being led by a caring councillor who does that and leads by example."

Seconding the nomination, Cllr Olly Davey added: "As a Green, I welcome the commitment to climate change and sustainability and make it a guiding principle of the council.

He has steered us through a difficult year and he has assembled a great team around him and he will take us forward in the way we need to go."

But putting forward an alternative candidate, Cllr Bruce de Saram proposed on behalf of the Conservative Group that Colin Brown should be the leader.

He said: "He is the chair of the scrutiny so we know he plays a positive and ganging role in the life of the council, and he would make an outstanding leader off the council."

Seconding the nomination, Cllr Philip Skinner added: "Colin Brown would bring a marked difference to the authority and I would like to think other members would get behind him as well."

But councillors voted by 29 votes to 21 in favour of Cllr Arnott continuing to lead the council, with eight members abstaining and not voting for either candidate.

Cllr Arnott reappointed Cllr Paul Hayward as the deputy leader of the council, and named an unchanged cabinet from that which is currently running the council.

The meeting also saw Cllr Ian Thomas, a former leader of the council, elected as the new council chairman, winning the vote 36-20 over the Conservatives Cllr Andrew Moulding.

Proposing him to be the new chairman, Cllr Geoff Pook said that as East Devon is a polarised council of near equal number of opposing views, the chair has to be independent of party and of political bias and give every councillor the voice that they represent.

As Cllr Thomas was the leader of the Independents, Cllr Pook said: "He will bring intellect and skill and total independence and integrity and ensure the reputation of the council is both enriched and enhanced."

Seconding the nomination, Cllr Susie Bond added: "He has a decade long experience and during his leadership gained the trust of all sides, and this offers an ideal opportunity and era of collaborative working."

On accepting the office of chairman of the council, Cllr Thomas said: "I thank you for the endorsement and it is a great honour to serve the council."

And on the fact the meeting had to legally be held in person, he added: "Several of us feel some risk and vulnerability here and I am sure someone will come up with a reason why we all have to be here other than a 50 year old law which we hope to change as soon as possible.

"Let's do the business professionally and then go home safely."

Cllr Val Ranger was also re-elected to her role as vice-chair of the council, by 31 votes to 23 over the Conservative Cllr Mike Howe.

Police 'pet detective' on the case with Devon dog thefts

No known cases of the new 'Indian' Covid variant within Devon