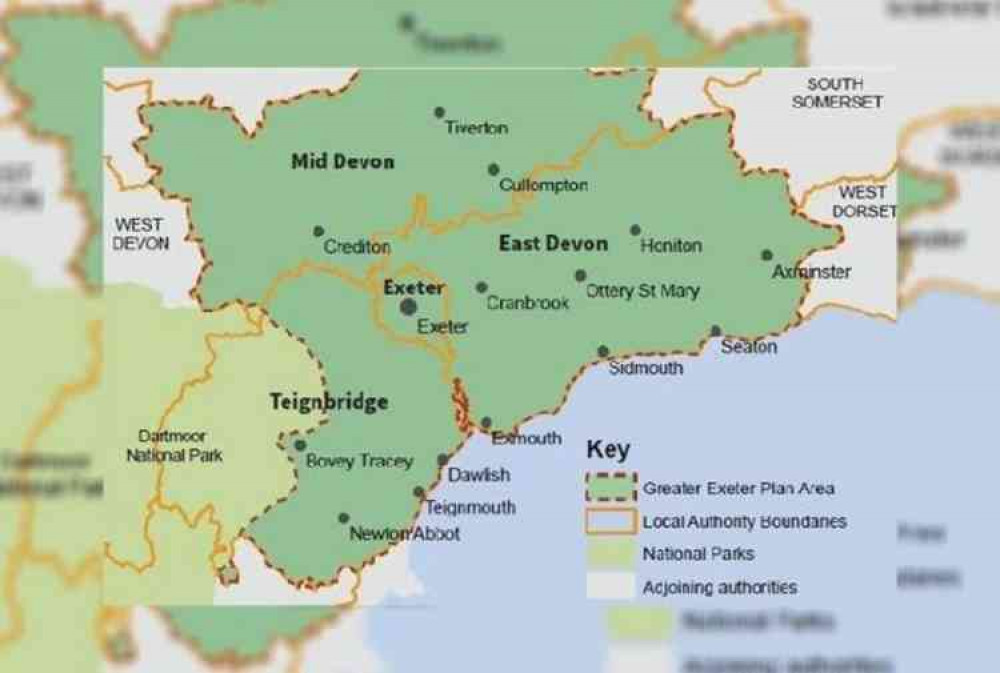 The council on Thursday night voted by 33 votes to 22 to inform their partners that they would no longer be part of the major blueprint for development for the region.

The Greater Exeter Strategic Plan was due to provide the overall strategy and level of housing and employment land required across Exeter, East Devon, Mid Devon and Teignbridge in the period to 2040.

But while Exeter and Teignbridge councils had recommended going out to consultation on the draft policies and site options document, East Devon will now no longer be part of the process, and Mid Devon's council when they meet on Wednesday are recommended to make the same decision.

East Devon's strategic planning committee at the end of July had spent four hours debating the GESP before making their recommendation to full council, but at Thursday night's meeting, chairman of the council, Councillor Cathy Gardner, only allowed the eight councillors who had 'called the minute for debate' to speak, saying that all the points had been made and across the two meetings, everyone had a chance to speak.

Councillor Paul Arnott, leader of the council, put forward his proposal that East Devon should withdraw from GESP, continue to co-operate with neighbouring councils, and that East Devon begins the process to renew the Local Plan.

In a speech in which he said he was pre-empting some of the arguments that would be made against pulling out, councillor Arnott said: "They may say that it is only democratic that people should have their say on the consultation document, yet this is the first time that GESP has ever been discussed at full council.

"They may say we will receive no infrastructure funding without GESP, but through then HoftSW, we were party to an award to £5m to the Exeter Science, so the argument of 'no GESP, no cash', was never true.

"We have a near six year land supply at the moment and government about to put a rocket up timescales for local plans, which is good, and we'll do it within 18-20 months and make it happen, so there is no need to threat about housing numbers. There may be sour group attacks, but if any of them want to grandstand then press on, but if they keep shooting themselves in the foot, they won't have enough toes left on the council to count."

Councillor Ben Ingham, the former leader of the council, said that by leading GESP, East Devon can control its own destiny, but going it alone will make their vulnerable. He added: "It has taken us years to cooperate to gain the attention and financial support of government. When we lobby, they listen and when we plan together, they are interested."

Councillor Andrew Moulding, leader of the Conservative Group, added: "The GESP is just draft and not all proposals will be adopted. A joint plan will give us a clear plan for the area for accessing funding and a coordinated approach is the only way forward for the long term benefit of Devon residents."

Councillor Alan Dent added: "We should support it in principle, despite the way it has been conceived. It is a mistake to reject the whole concept until a proper consultation takes place, like throwing the baby out with the bathwater," while Councillor Philip Skinner said that we have to deal with the housing numbers come what may, so surely the best way to work cohesively with partners and go forward with the GESP.

And councillor Helen Parr added: "The leader of the Democratic Alliance does not want to consult residents. He doesn't want residents to have their say on a draft plan he has every confidence they don't like. The whole point is that we could put in our views and so could the members of the public. How can we make the plan reflect the public views if we don't ask their ask them?"

After the eight councillors who had called for the minute from the strategic planning committee to be debated has spoken, councillor Gardner called an end to the debate and moved to the vote, much to the displeasure of councillor Ian Thomas, a former leader of the council, who when he cast his vote, said that he wanted it noted that he was strongly disappointed that as a former leader, he wasn't allowed to speak on what he said will potentially prove 'the most ill-informed and irresponsible decision'.

When it had been discussed at the strategic planning committee, councillor Eleanor Rylance had proposed that East Devon withdraw from GESP, saying that the plan was not fit to be consulted on now or at any point.

She added: "They say a camel is a horse designed by committee and this is what this is. We are being asked to send a camel out to consultation, and instead of putting forward this monstrosity of a dead camel, we should withdraw from GESP. This plan is not a fit plan and there is nothing about we should pass to consultation at this point or any point.

"This has self-contradictory polices clearly written by different people and it is unreasonable to put this before anyone. We are living in a different world from when this was drawn up and our world has changed and I am bemused that we are sticking doggedly to a timetable drawn up last year.

"This defies common sense, this does nothing for East Devon, and we should not be a member of GESP going forward. This document is all about volume house building, is dangerously flawed and contradictory."

Councillors on Thursday voted by 33 votes to 22, with one abstention, for East Devon to withdraw from the Greater Exeter Strategic Plan.

The council will now immediately begin the process to renewing its local plan and the strategic planning committee will meets as soon as possible to explore and define the processes involved.

Mid Devon District Council meets on Wednesday night and they are recommended to withdraw from GESP as well. 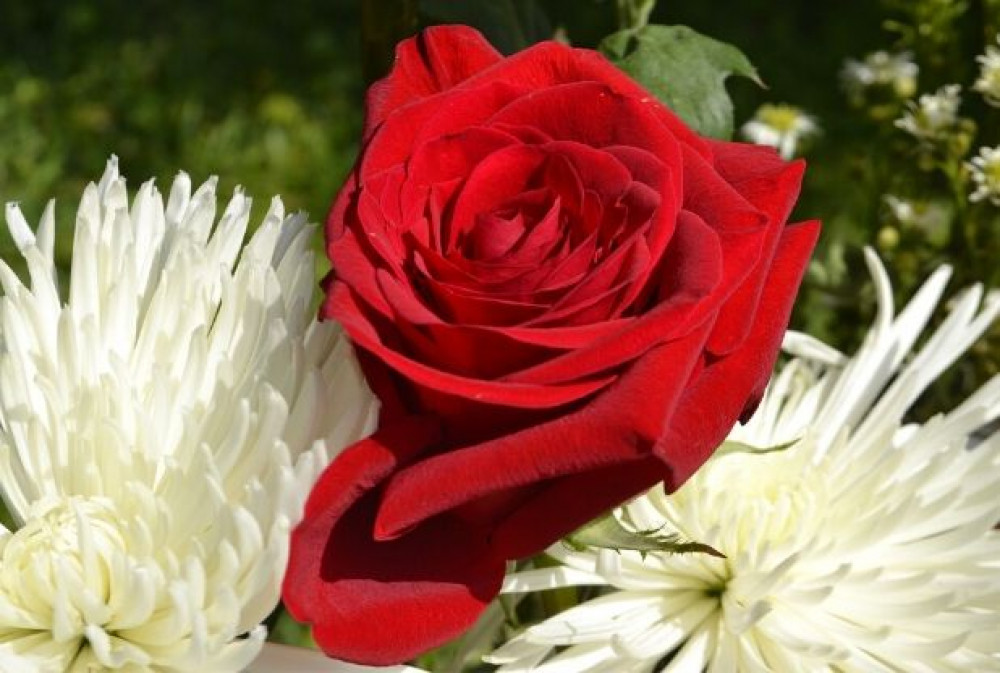 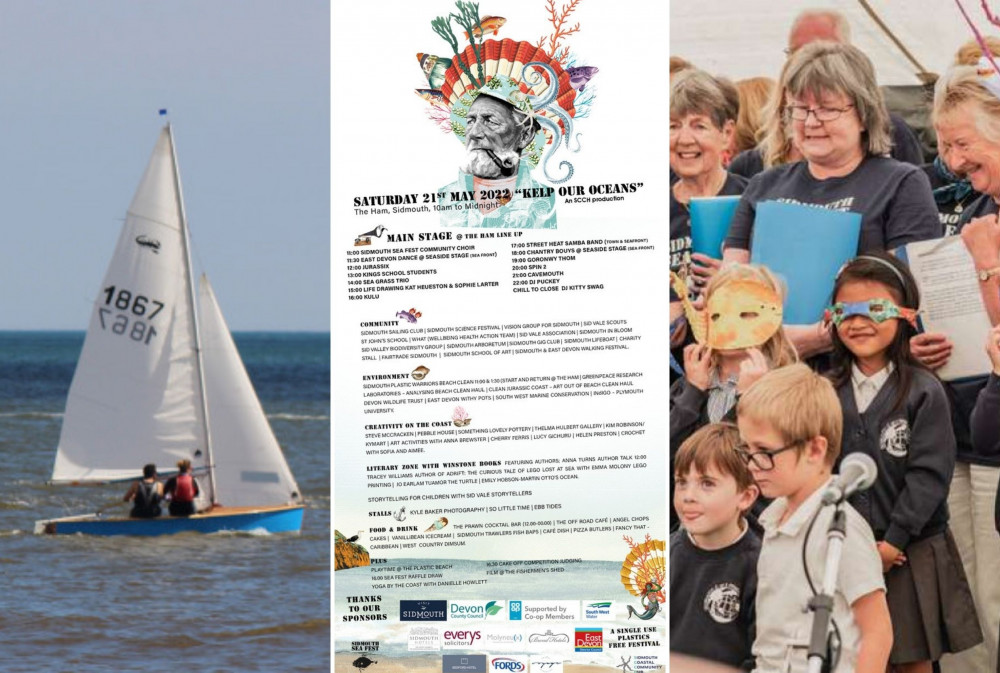