Should Sidmouth have its own e-trike service? 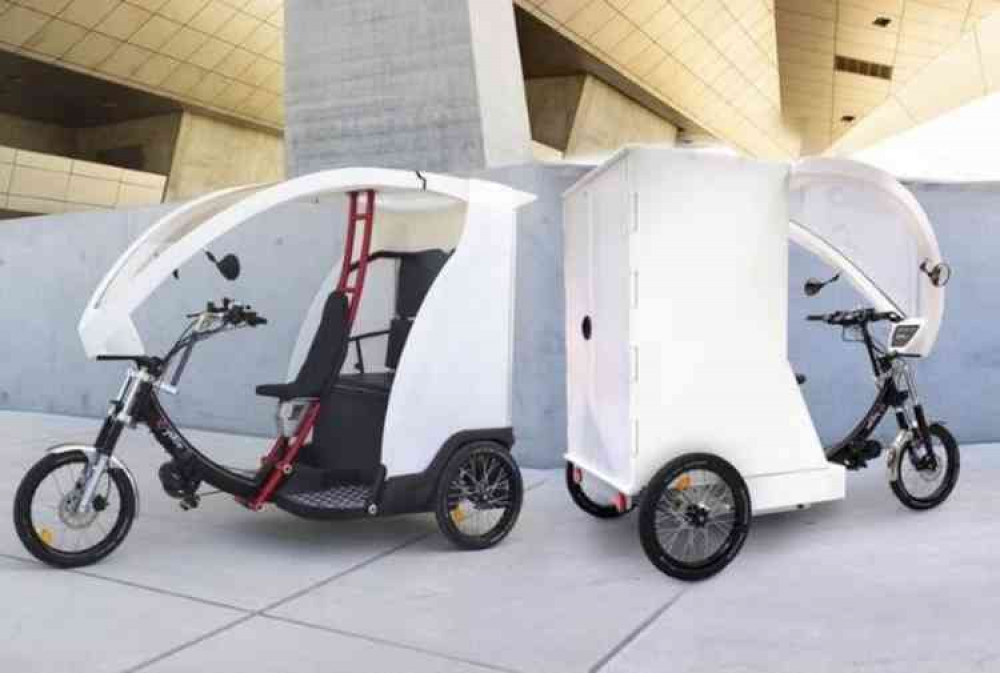 A Sidmouth Community Group is consulting local residents about the idea of introducing an e-trike service to the town.

The idea that the Sid Valley could create its own e-trike delivery-and-passenger service came up during lock down, following a survey sent out by the Vision Group for Sidmouth, together with the town council.

It showed that 'most Sidmouthians are clearly appreciating there being less traffic – with over 80% saying they like less traffic'.

What's more, half of both customers and shopkeepers said they would use a newly formed local delivery service if it continued after lock down.

A specific proposal was then put forward by the VGS, for a dual-use system: "both an e-trike delivery service for town centre shops to use and an e-trike 'taxi' service, bringing both locals and visitors into town, dropping them off and then collecting them when they were done."

There are already several such projects underway across the country, including the Post Office looking at e-trikes for deliveries.

Exeter's Co-Delivery service is now well-established. They not only provided an essential service during lock down, but have just received a grant.

"We're now seeing a huge increase in interest from other businesses wanting to explore how our eCargo bikes can help keep their goods and services moving around our city whilst helping achieve Exeter's net zero Carbon target."

Another use for e-trikes would be to carry passengers – which would be less of an outlay than an e-tuk-tuk.

Further research indicates that the ideal service would be a combined cargo-and-passenger bike, with the VGS suggesting that, 'dual-purpose seems to be a necessity to make return journeys pay or to fill in slack periods until the business is established'.

With recharging points at the Knowle grass-crete car park, visitors could be offered a lift into town on one of these handy e-trikes.

A spokesperson for VGS said: "An ideal vehicle would be the Yokler dual-purpose parcel and passenger carrier (see above photo) – both as a pedi-cab and a goods vehicle.

"By carrying people and goods, these electric trikes can help the local economy keep moving, can help people shop and get about locally, and can help the high street recover."

"As for funding such a project in Sidmouth, there are grants which the VGS has been looking into. And as for who would run such a project, ideally that would be a young entrepreneur to start an eco-business or social enterprise – or anyone keen to help rejuvenate the local economy with an emissions-free, modern way to get about our narrow lanes."

If you are interested in helping to move this project forward, get in touch with the VGS at: https://visionforsidmouth.org/contact/.