Mother-and-son Sidmouth eatery has Egyptian food on the menu 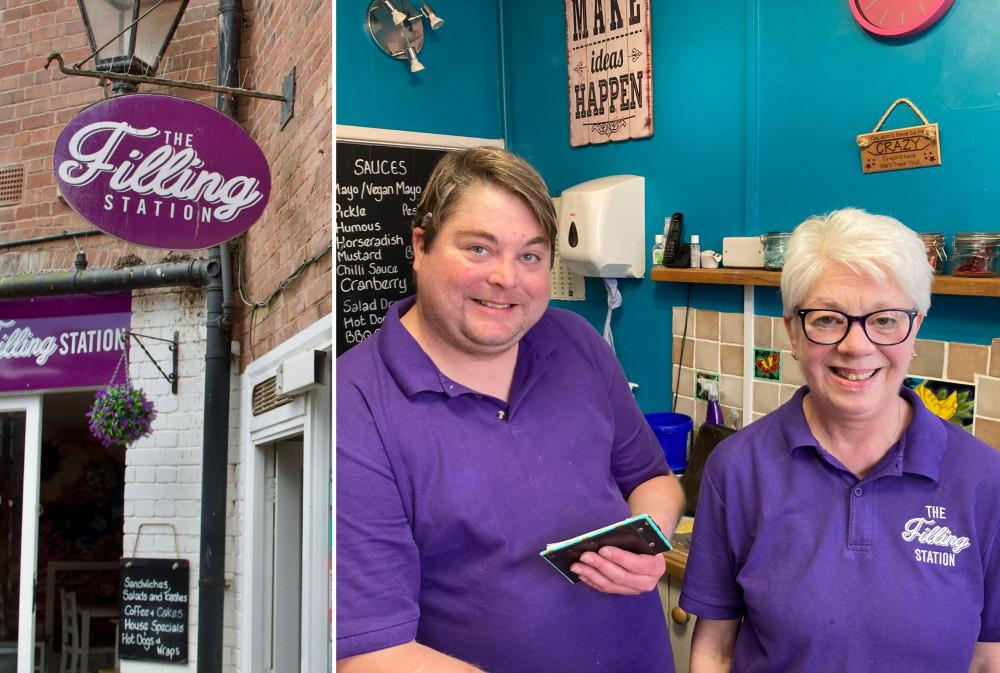 The Filling Station in Sidmouth has some Egyptian food on its menu after its co-owners spent six years in the foreign country.

Mother-and-son Roz Kendall and Luke Allen lived in Egypt while Roz's then-husband was posted there with the RAF.

Described as an 'eatery with a difference', The Filling Station offers informal eat-in and takeaway lunches such as hot dogs, pizza, toasties, and more.

It opened in November 2014 after the owners sold their small hotel/guesthouse, Rose Cottage, in Sidbury.

Speaking about The Filling Station, Roz, who grew up in a hotel, said: "It's an eatery with a difference.

"We do a lot of really quite different things to everybody else: hot food, cold food, American hot dogs, pizza, toasties, salads made to order.

"We do sandwiches, but we also do rotating house specials, although we always have our Egyptian ta'meya breakfast sandwich on there, that's permanent because it's so popular.

"That one is falafel, houmous, lettuce, tomato, cucumber, red onion, and tahini dressing in a Middle Eastern flatbread wrap.

"[We ate that in Egypt] constantly, and on our rotating specials we have other Egyptian dishes as well."

Co-owner Luke also did his secondary education in Cairo, the capital city.

You can find The Filling Station on Cross Lane in Sidmouth town centre, and here on Google Maps. Open currently from 10.30am until around 4pm, its opening hours are flexible and will get longer as the summer progresses. It is closed on Mondays.