No road safety improvements planned for A3052 at Trow Hill, Sidmouth despite deaths 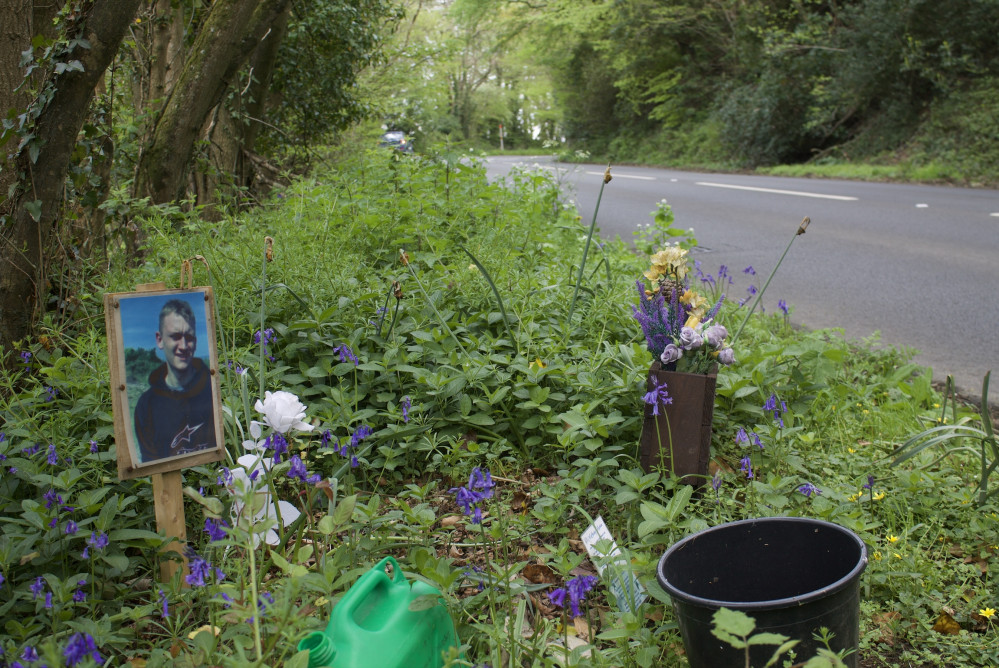 There are currently no road safety improvements planned for the A3052 at Trow Hill, Devon County Council has confirmed.

It comes despite two deaths last year on the stretch of road north-east of Sidmouth. The first involved a 20-year-old man from Exmouth, who was killed after a collision with a deer and another car in August. The second involved an 89-year-old man from Seaton, who died in hospital in December. 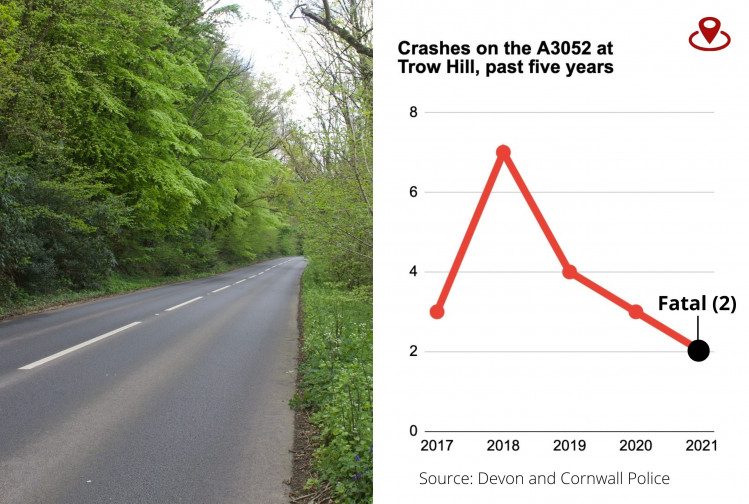 The county council has said that it looks into the safety performance of all its A and B roads each year - and safety measures will be considered after it gets official data for 2021.

A spokesperson for Devon County Council said: "Last year two road collisions on the A3052 near Trow Hill were recorded. Sadly both these collisions resulted in a fatality and are subject to ongoing police investigations.

"There are currently no approved road safety improvements planned for this route. But the safety performance of all of our A and B roads are investigated each year and any measures to improve road safety on this route will be considered again when the official collision data for 2021 is available."

DCC's cabinet member for highway management, Councillor Stuart Hughes (Conservative, Sidmouth), said that he has been calling for the speed limit to be reduced at Trow Hill - and that engineers are looking into whether putting down 'SLOW' markings at a minor junction on the road would be effective.

He said: "There is already a 40mph speed limit present [at approximately the] entrance to Trow Hill.

"It then reverts to the national speed limit, 60, and I've been calling for this to be reduced to 50 along the entire length of the A3052 to the Seaton turning (Seaton Down Hill).

"Road safety engineers are looking at whether improving signage along with SLOW markings on the road surface would improve safety at [the minor junction]."

Our FOI request also revealed that another section of the A3052, this time north-west of Sidmouth, has also seen 19 crashes in the past five years - with one fatal crash in 2017. 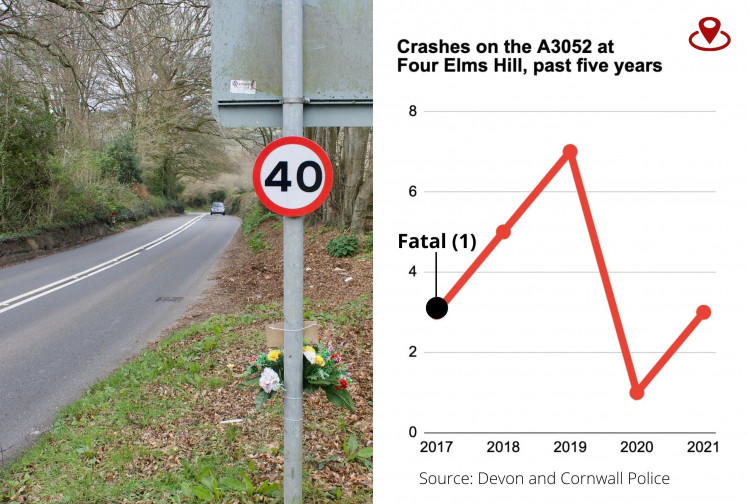 Cllr Hughes added: "Whilst the drop to 40 has I'm sure contributed to a reduction in frequency of crashes… it is the laying of double white lines that has made the difference."

Crashes have decreased at Four Elms Hill since 2019, but it is unclear how much the Covid-19 pandemic has affected the statistics (see graph). Nub News has so far reported one serious crash at Four Elms Hill in 2022.