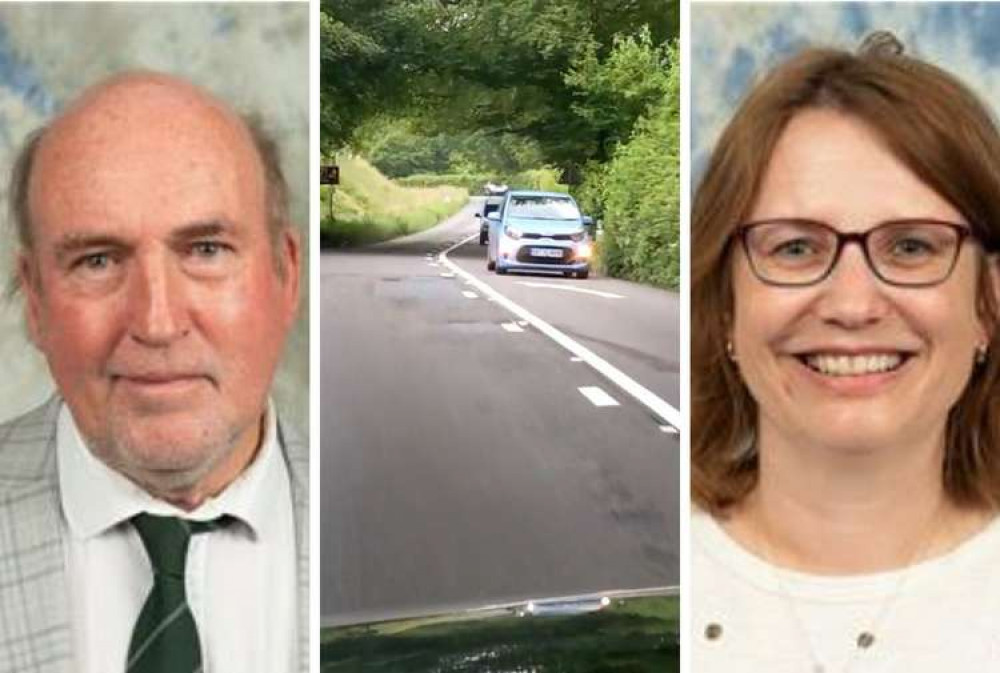 Roadworks at a notorious accident blackspot near Sidmouth are expected to be completed in the next day or two, but a Devon County Council highways chief has been criticised for the "undemocratic" way he's handled the concerns raised about the road.

Councillor Stuart Hughes (Conservative, Sidmouth), cabinet member for highway management at Devon County Council (DCC), says the roadworks on the A3052 Four Elms Hill near Sidmouth which started on Monday should be completed by Wednesday. The works involve new double-white lines indicating 'no overtaking', signs urging motorists to slow down and a skid-resistant surface on parts of the road.

The news will come as a relief to some residents who have been urging the council to improve safety on the stretch of the A3052 by reducing speeding and dangerous overtaking. Councillor Jess Bailey (Independent, Otter Valley) said she will be happy when "the long-overdue works" are done but has criticised the way Cllr Hughes handled the issue at DCC.

Following a request by Cllr Bailey, an update on the works at Four Elms was provided recently by county council officers to members of its East Devon Highways and Traffic Orders Committee (HATOC). Cllr Hughes, who chaired the meeting, did not allow committee members to comment on the update despite a request made by Cllr Bailey.

Cllr Hughes did not allow Councillor Bailey to speak on the issue because she had called for the update and, as it had been given by an officer, "therefore there was nothing to discuss."

She said she was "gobsmacked" she was denied the right to speak, adding: "I was left, literally, speechless. Cllr Hughes also prevented Cllr Hayward, who is a member of the committee and clerk for Newton Poppleford Parish Councillor, from speaking, too.

"In not allowing me to speak, Cllr Hughes, from the position of chair of the meeting, blocked me from doing my job on behalf of residents.

"It is very disappointing to be treated in such a dismissive way by Cllr Hughes who, as the portfolio holder for highways, sets the tone for his entire department.

Cllr Bailey added: "I think it's very undemocratic to silence your ward member. If they've got a question they should be able to ask it."

Sidmouth: 30mph speed limit will not be extended for road on Woodbury Common