Sidmouth: 30mph speed limit will not be extended for road on Woodbury Common 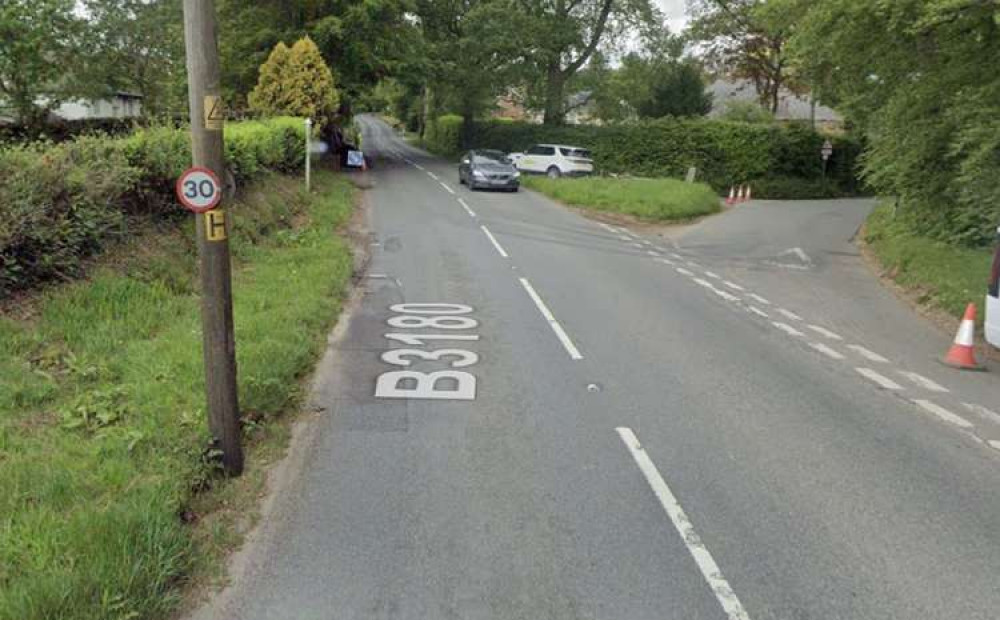 Where West Hill Road and the B3180 meet. Credit: Google Maps

The 30 miles per hour speed limit over a stretch of road on Woodbury Common in East Devon won't be extended despite concerns from local residents.

West Hill Parish Council had asked Devon County Council's highways and traffic orders committee for the area (HATOC) to look into extending the 30 mph section of the B3180 at West Hill. The parish council says motorists are going too fast, too many HGV vehicles are using the road, and police are not enforcing the speed limit enough – all of which is putting cyclists and pedestrians at risk.

At the HATOC meeting, councillors discussed a report by Devon County Council officers and the police that found the road wouldn't suitable for a 30 mph extension a short distance northwards, as West Hill Parish Council wanted, because signs would be hidden by vegetation.

They also said extending the 30 mph limit wouldn't comply with Devon County Council's policy because of the number of frontages along that section of road.

Councillor Jess Bailey (Independent, Otter Valley) accepted the findings of the report but said more could be done: "I think there is still a lot of concern from the [B3180] action group, concern from both the parish councils – West Hill Parish Council and Aylesbeare Parish Council – and residents."

She asked for DCC Highways to engage with the parish councils and the B3180 action group and to look into other opportunities for enhancing road safety on the West Hill section of the road. She noted there was still upset and concern in the community and that DCC should stay engaged with residents.

Councillor Sara Randall-Jonson (Conservative, Broadclyst) was more philosophical, calling for a broader cultural change for drivers. She said: "This isn't necessarily about being draconian and trying to impose things on people. What we need to do is the opposite approach: to encourage them to think about their speed.

"We can make it hideously difficult to drive, but people will still drive too fast. It's about how we change the cultural approach when we get in a vehicle versus walking along the side of the road."

Councillor Phil Twiss (Conservative, Feniton & Honiton) agreed, saying: "This is more about education than enforcement, because there is no way that this can be enforced."

Police records show four slight-injury collisions between Brickyard Road and Oak Road on the B3180 over the five years between 2016 and 2020.