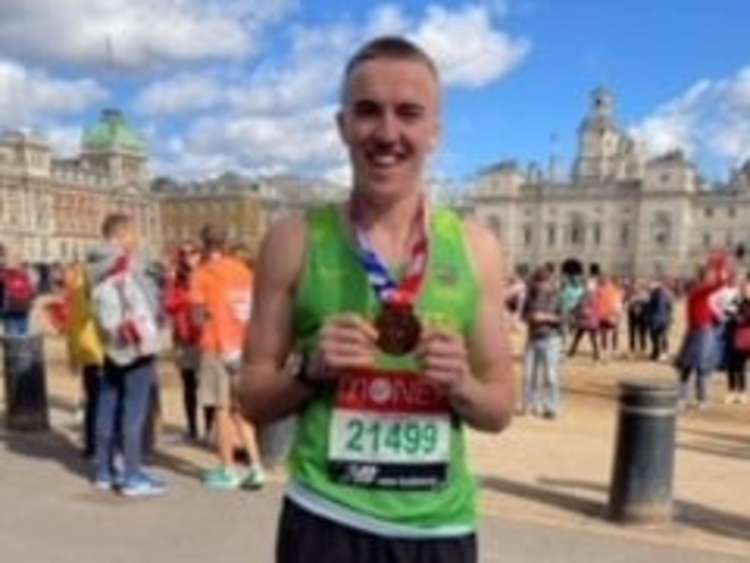 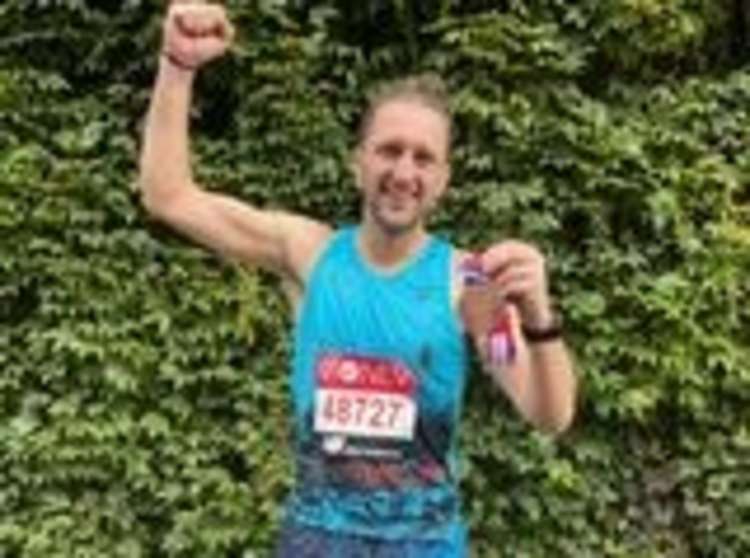 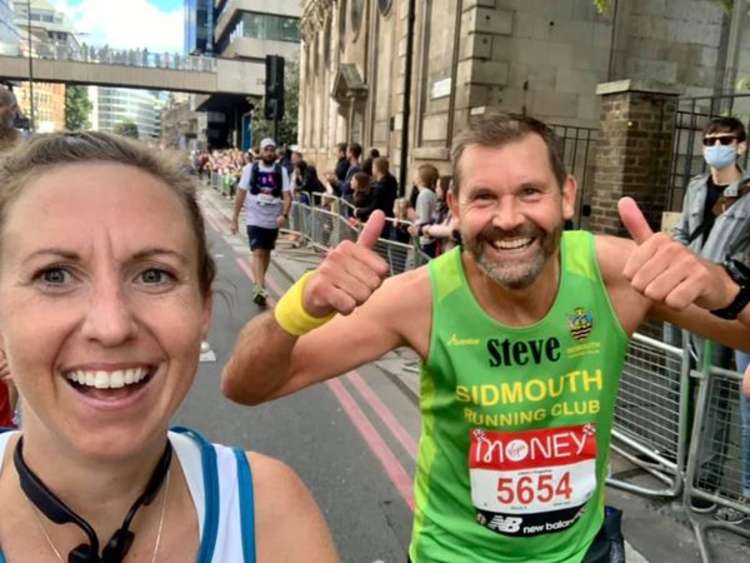 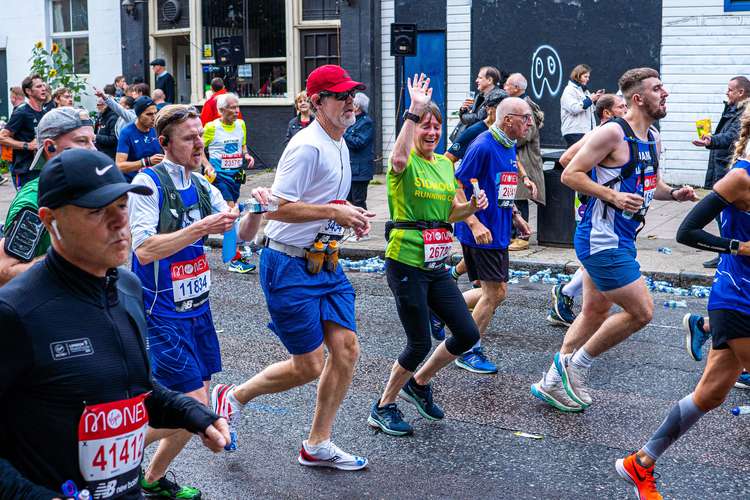 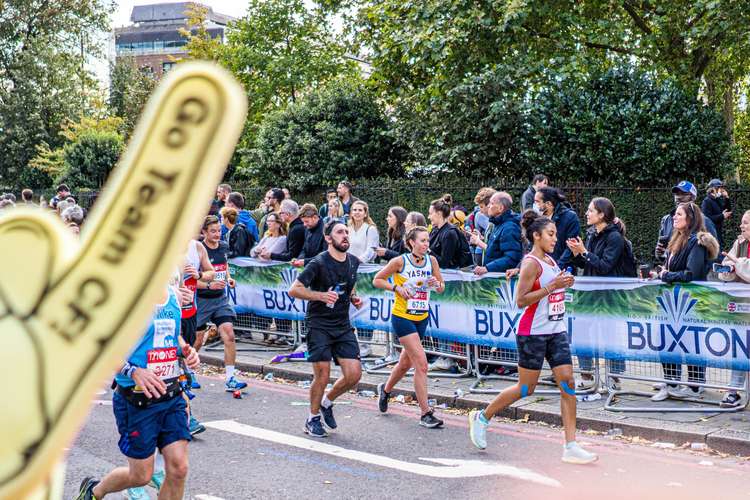 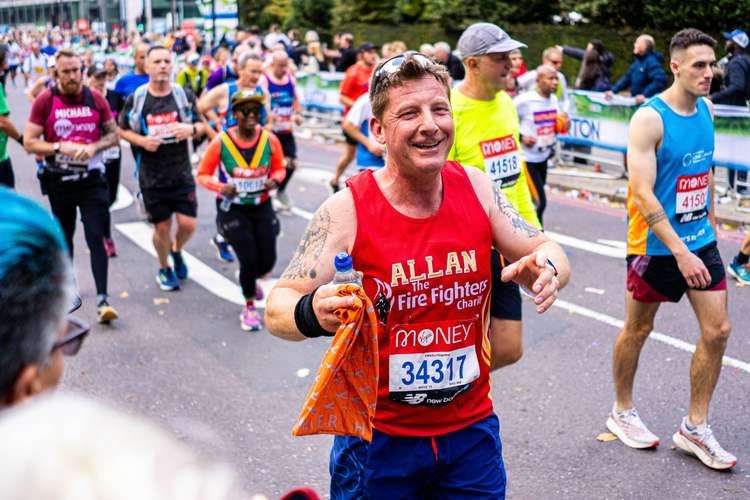 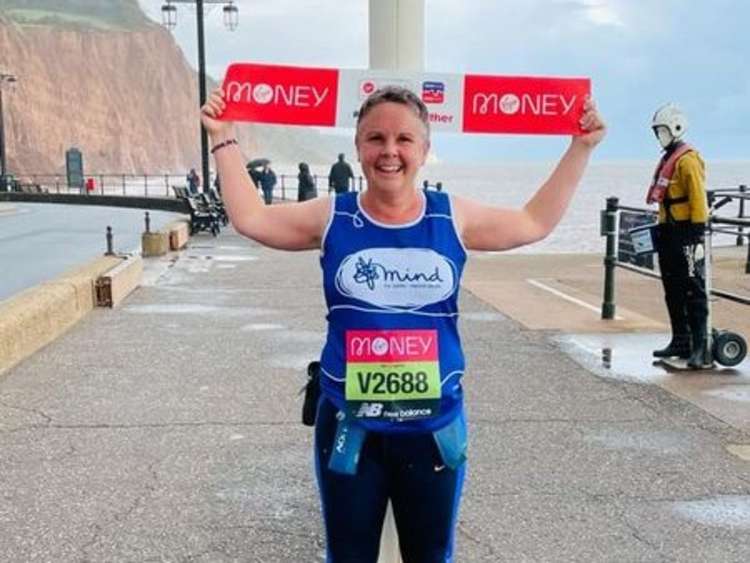 On Sunday all the months of planning, training, dieting and dedication for seven Sidmouth Running Club members was paid off as they lined up at the start of the Virgin London Marathon. Alongside them either in the city or on the app were family, friends and fellow Mighty Greens following their progress and cheering them on.

Smashing his PB, Dan Prettejohn, who enjoyed the interaction with the crowds, ran splits of 7.00 to 7.28 min/mile and completed the marathon in 3:16:10.

Club place runner Toby Garrick chose to raise money for sports charity, Mwanza, which is close to his heart as he is going to Mwanza in Tanzania, Africa in November to volunteer as a sports coach for 5 months.

The youngest of the SRC marathon runners, Toby's training paid off and he completed his first marathon in 3:18:18 with splits ranging between 6.23 and 7.33 min/miles.

It was a milestone marathon for SRC veteran David King. The Mighty Green completed his 20th London marathon in 3:45:21 with splits ranging between 8.05 to 8.33 min/miles.

Following the club runners on the app supporters could see how near each other Yasmin Salter, Jane Hemsworth and Steve Saunders were at times even though the runners themselves didn't realise it, although Yasmin did get a photo of her and Steve along the route.

Yasmin thoroughly enjoyed her first VLM, in fact she signed up for next year's ballot straightaway! Raising money for 3 charities close to her heart, Force Cancer, Hospice Care and Hospice of the Good Shepherd, gave Yasmin the incentive to give her all. Her winning smile as she crossed the line in 4:27:26 with splits of 9.21-10.11 min/miles said it all!

Lining up for her 5th London Marathon and 30th marathon, Jane had followed fellow MG Richard King's advice and eaten a banana. It certainly fuelled her up as she admired the London landmarks and crossed the finishing line in 4:33:31 with splits of 9.56-10.25 min/miles.

A photo opportunity arose for Allan Kay when he spotted Yasmin at the blue gate despite having different start times. Running his first VLM Allan said, "There was a great atmosphere and support from start to finish. I will definitely do it again!" Running for the Fire Fighters charity, Allan, a full time and retained fire fighter, crossed the finishing line in 5:00:20 with splits 10.48-11.27 min/miles and raised a magnificent £3,240.

While all focus was on the MG's in London, SRC member Rachel Austen-Rigby was running her own virtual marathon along Sidmouth seafront (many, many laps!) Rachel, who joined the beginner's course this January, entered last year's ballot for the LM to give her the incentive to get back running. Like most people Rachel didn't get a place so decided to do a virtual one and raise money for MIND.

Unfortunately, the club's mental health champion struggled over the last 6 months with foot and knee issues and had dismissed all thoughts of doing the marathon and didn't activate her fundraising page. When her race numbers arrived two weeks ago Rachel considered doing it but dismissed it again due to lack of training. Rachel had a good run at the Bradleys 10k last weekend which made her think it was a possibility but went down with a heavy cold not feeling better until Saturday.

Rachel literally woke up at 7am on Sunday and decided to run, anything over a 10k would be a bonus. Feeling amazed but in pain at mile 15 she was delighted to see her friend and fellow SRC runner, Cathy Jordan, appear at mile 17 who ran with her for the last 9 miles (and continued on to reach 10 miles, her furthest distance.)

Running is definitely a journey and not always about the destination-a BIG Mighty Green WELL DONE to all our marathon runners.

Sidmouth Running Club report: A sea of Mighty Greens at the Bradleys 10k in Exmouth 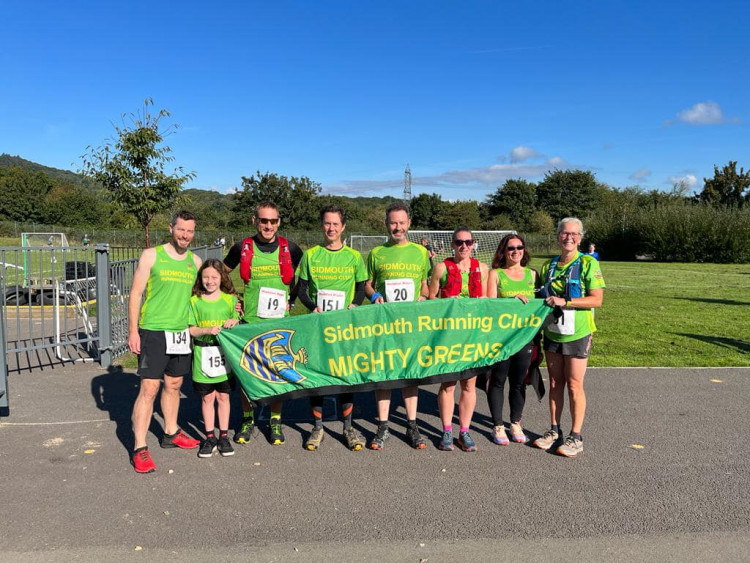 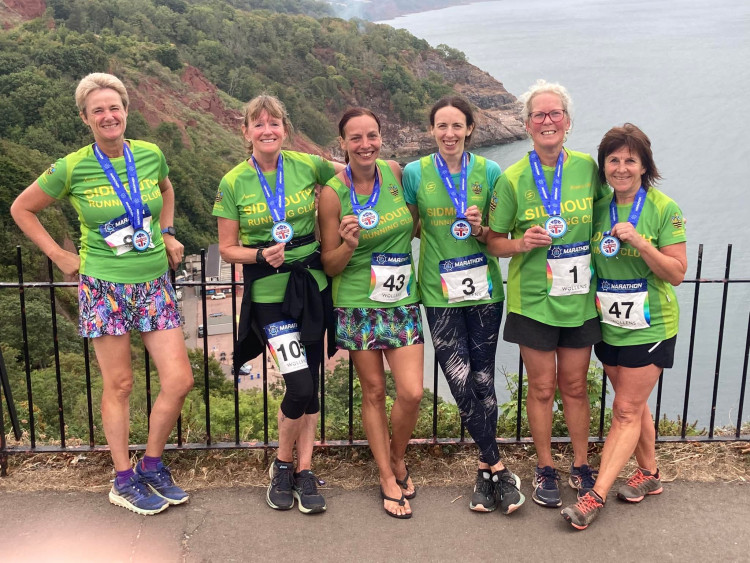